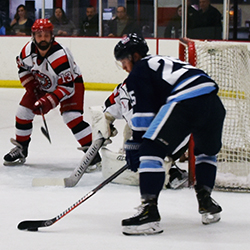 With so many returning players and Coach Iain Duncan, the team is anticipating improving its 17/35 record. Duncan is happy so much of the team is returning.

“I’m really looking forward to getting back on the ice with this core group of guys,” says Duncan, “We started laying the foundation last year, and bringing back a large number of our veterans, who know the system and have the fire and passion to play at this level, allows us to build on that foundation to achieve even greater results.”

For tickets and additional information, call (440) 290-8502 or visit mentoricebreakers.com.